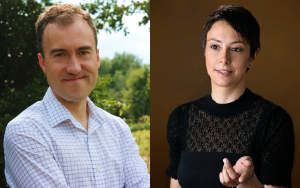 The SCI Institute is pleased to announce the addition of two new faculty members.

Timo Heister joins us as an assistant professor of mathematics. Timo is an applied mathematician and a computational scientist. His research centers around numerical analysis and the numerical solution of partial differential equations using the finite element method, which are used as mathematical models throughout the natural and biomedical sciences and engineering. 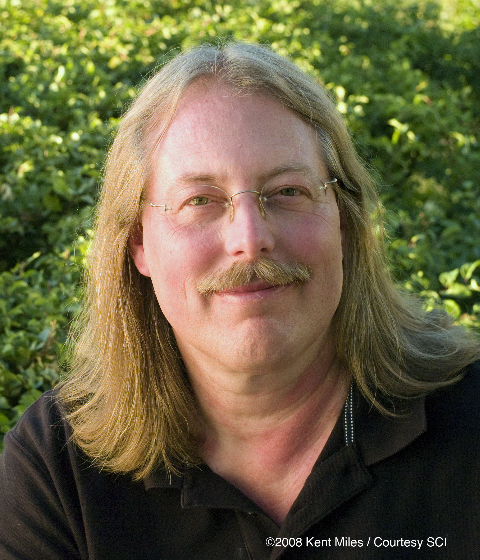 The University of Utah has announced that Christopher Johnson, Ph.D., will be stepping down from his role as director of the university's Scientific Computing and Imaging (SCI) Institute. Johnson, a pioneer in the fields of visualization, scientific computing, and image analysis, will remain on the U's faculty as a distinguished professor of computer science and SCI Institute faculty member. 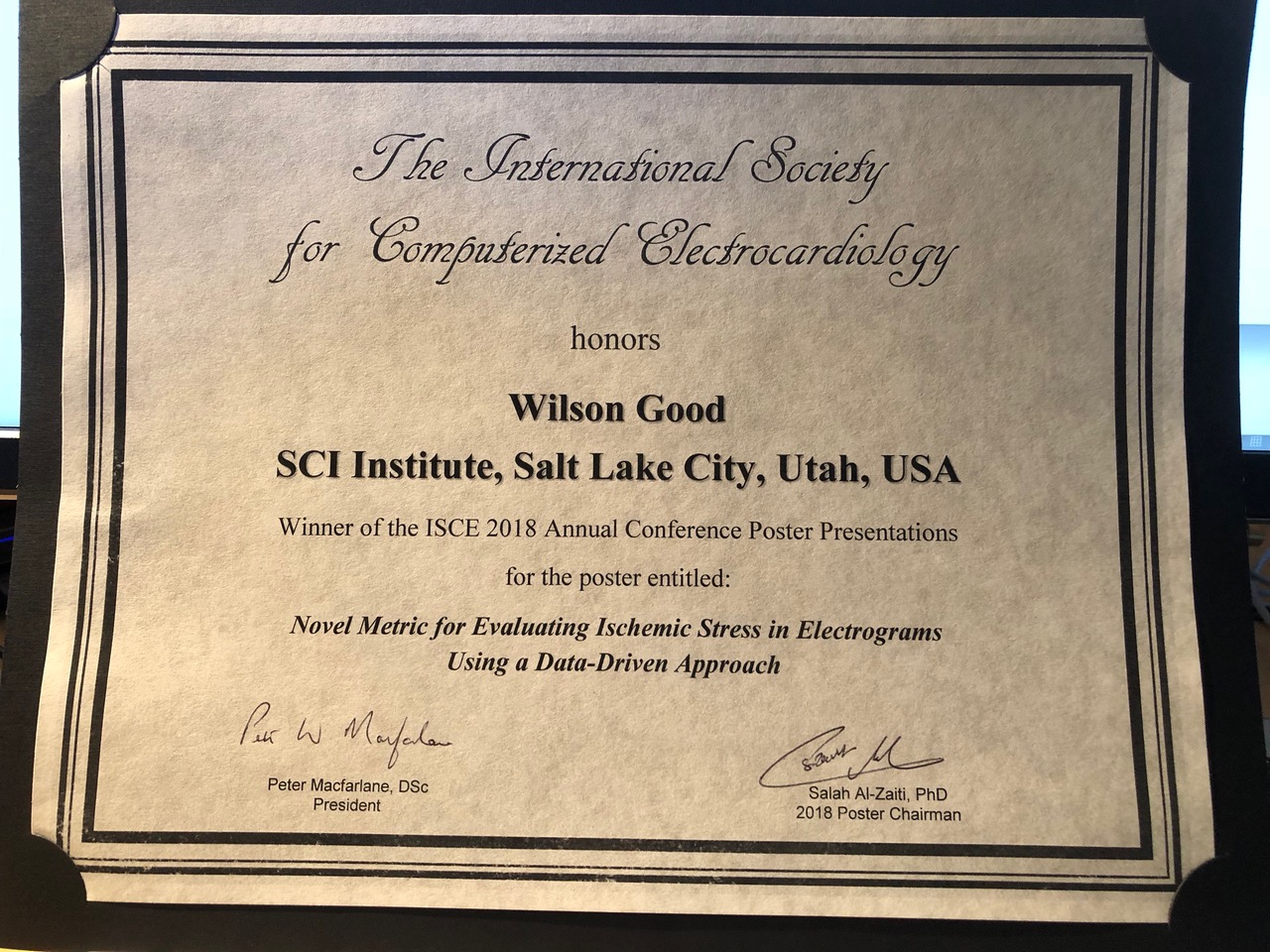 The International Society for Computerized Electrocardiology was founded in 1984 and is devoted to the advancement of electrocardiology through the application of computer methods. ISCE aims to connect academia, industry, and users through our annual conference and online forums

ISCE is devoted to the advancement of electrocardiology through the application of computer methods. Its Annual Conference, designed in the Gordon format, brings together scientists, clinicians, engineers and policy makers working in the field. 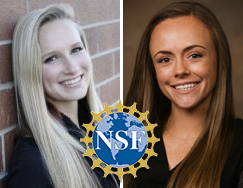 The NSF Graduate Research Fellowship Program (GRFP) helps ensure the vitality of the human resource base of science and engineering in the United States and reinforces its diversity. The program recognizes and supports outstanding graduate students in NSF-supported science, technology, engineering, and mathematics disciplines who are pursuing research-based master's and doctoral degrees at accredited United States institutions. 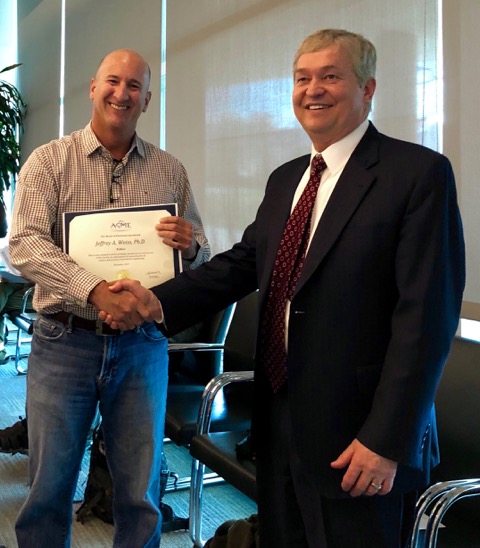 Congratulations to Jeff Weiss who was elected a Fellow of the American Society of Mechanical Engineers.

The ASME Committee of Past Presidents confers the Fellow grade of membership on worthy candidates to recognize their outstanding engineering achievements. 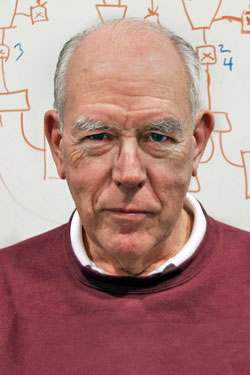 Ivan Sutherland, a University of Utah computer science luminary who taught the likes of Ed Catmull, Alan Kay and was co-founder of the computer graphics firm, Evans & Sutherland, was honored with the Washington Award from the Western Society of Engineers. The award was handed out Feb. 23 during National Engineers Week at the 2018 Chicagoland Engineering Awards Benefit in Rosemont, Ill.

The Washington Award is given out annually to a professional engineer whose work has advanced the welfare of society. It was established in 1916.

Widely regarded as "The Father of Computer Graphics," Sutherland is known for his pioneering research in the development of graphics along with colleague David C. Evans, who became the University of Utah's first chair of the computer science department. 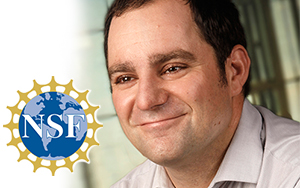 Congratulations to Alex Lex, who has officially received an NSF CAREER Award.

Reproducibility and justifiability are widely recognized as critical aspects of data-driven decision making in fields as varied as scientific research, business, healthcare, or intelligence analysis. This project is concerned with enabling reproducibility and justifiability of decisions in the data analysis process, specifically as it relates to visual data analysis. Visualization is an important tool for discovery, yet decisions made by humans based on visualizations of data are difficult to capture and to justify. This project will develop methods to justify, communicate, and audit decisions made based on visual analysis. This, in turn will lead to better outcomes, achieved with less effort and cost. The increasing use of visual analysis tools for decision making will make data analysis accessible to a broad variety of people, as visual analysis tools are generally easier to use than scripting languages and do not require extensive computational and statistical training. This research and its related activities increase accessibility and enhance the data analysis infrastructure for research and education. 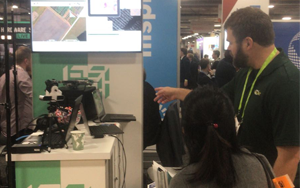 ViSUS LLC is one of 16 start-ups selected to exhibit in the NSF SBIR (“America’s Seed Fund”) pavilion at the 2018 CES Eureka Park.

"With access to more than 3,500 financial professionals, 7,000 members of the media, key investors and suppliers, Eureka Park provides startups with a unique opportunity to showcase their ingenuity" [CES].

Congratulations to Yiliang Shi, who has been selected for honorable mention for the Computing Research Association's (CRA) Outstanding Undergraduate Research Award. 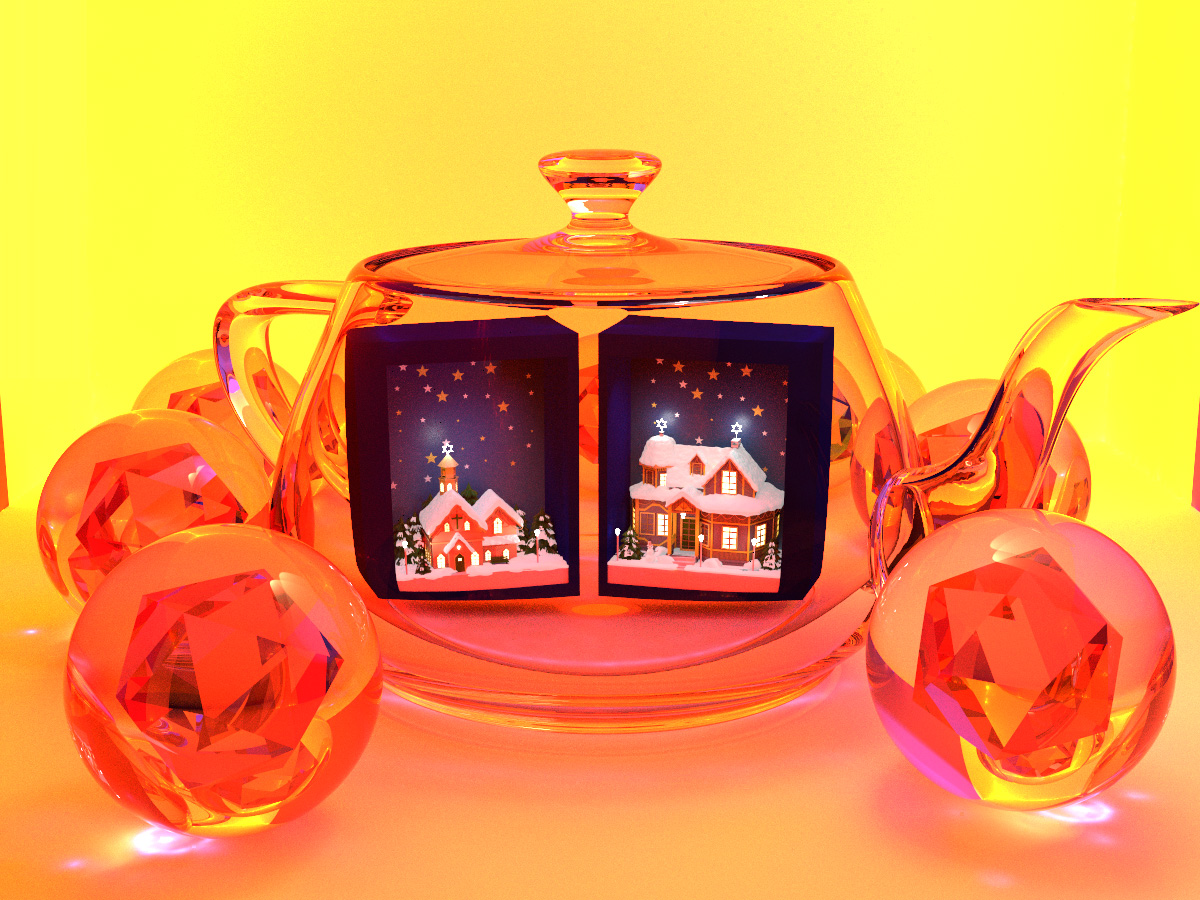 Congratulations to Qi Wu, who received a Juror Choice Award in the 2017 Teapot Rendering Competition. 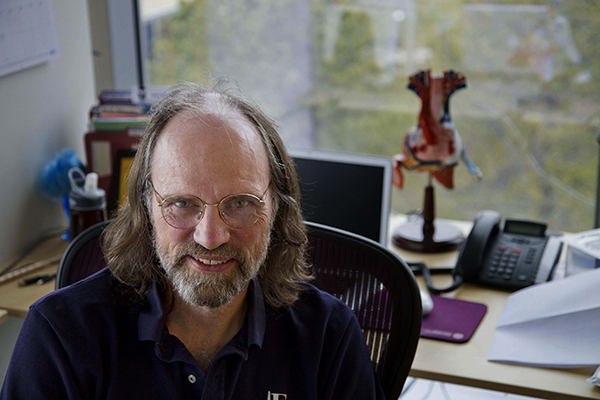 Scientific Computing and Imaging (SCI) Institute faculty member Rob MacLeod has been elected as President of the Board of Directors for the Computing in Cardiology Society for the next three years.