Undergraduate Research at the SCI Institute

Undergraduate research opportunities at the University of Utah have dramatically increased in the past several years. Positions that were once reserved for graduate students have now been opened up through a variety of programs. The SCI Institute has taken full interest in promoting and co-sponsoring these opportunities--namely, the Engineering Scholars Program and the Access Program for Women in Science and Mathematics, both of which offer scholarships to first year undergraduates and present them with the opportunity to work side-by-side with professors and researchers in various labs.

The undergraduate Engineering Scholars Program (ESP) is designated as a one-year program where the students are exposed to engineering research through a set of tours and demonstrations in the Fall semester. During the spring semester, students are placed in Engineering and Computer Science labs where they work between 10-20 hours-per-week, participating in ongoing research projects. ACCESS is a similar Scholarship Program that offers approximately 20 women per year unique experiences and opportunities in science and mathematics. 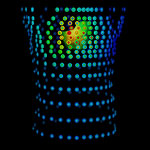 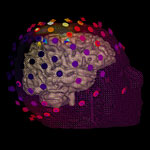 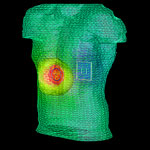 Darby began working with the SCI Institute in the Spring Semester of 2000 through the Engineering Scholars Program. Her project at that time was working to integrate Palm Pilots into the Access Grid. She stayed on for a summer internship and at the end of that summer started working under the NCRR grant on SCIRun.

Darby is now a senior pursuing a degree in Computer Science and will graduate in December 2002. "It has been good to apply what I have learned in all of my classes. You learn a lot more than just working on assignments on your own. Plus it's nice to know the faculty first hand--it blurs the line between student and teacher."

Her responsibilities with SCIRun include adding inhancements to the user interface, regression testing, documentation, and implementation of a State Manager to monitor the traffic between the C side and the tcl side.

Darby has presented before the Utah State Legislature on behalf of the University of Utah for more undergraduate research funding and has spoken before Governor Mike Leavitt when he signed the Governor's Initiative on Higher Education.

The Bioelectric Problem Solving Environment, or BioPSE is an integrated software tool for solving bioelectric field problems. BioPSE allows interaction between the modeling, computation, and visualization phases of a bioelectric field simulation. Though it is robust enough to support expert-users and novices alike, BioPSE is easy to move around in. This software environment empowers researchers of bioelectric fields to analyze their data, their methods, and the full range of their problem space in ways they had never before considered. No longer needing to spend the majority of their time translating among data file formats for various programs, or having to manually enter data over and over into their programs, scientists are free to apply their expertise where it makes the most sense--to steer an integrated computational system, to visually explore their data, to experiment with model parameters. When such tools seamlessly integrate these features, the tools fade into the background, and the user is able to concentrate on the problem at hand rather than on the software tools. 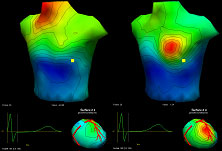 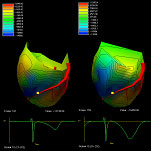 After meeting David weinstein, Bryan started working at SCI in the spring of 2001. His initial and primary responsibilities were with map3d, a visualization software package developed by Rob MacLeod. Originally written in GL, Bryan was charged with the task of converting this to an Open GL library. He has enhanced the user interface, adding GUIs and extra features as well as numerous bug fixes and regression testing. "This is a great experience as an undergrad. It's hands-on experience that you don't get unless you have a really cool job, especially in a heavy research institute like SCI."

Bryan has recently graduated and is now employed through the C-SAFE project working on the Uintah problem solving environment.

Jenny Simpson was first introduced to the SCI Institute as an incoming freshman in 2001. She received a scholarship from the Access Program that allowed her the opportunity to study under Dr. Chris Johnson during her second semester. Currently a junior with a GPA of 3.91, Jenny has taken the charge for handling multiple projects within the Institute, and is now furthering the remote visualization research of recent SCI graduate Eric Luke. "Working at the SCI Institute as an undergraduate has added a whole new dimension to my overall educational experience at the University of Utah. I've gained valuable experience in working with real applications that I could not have gained from my classes alone. SCI provides a challenging yet supportive environment for undergraduates to learn and contribute." Jenny will be presenting her research at Super Computing 2002 in Baltimore.

Semotus Visum is a remote visualization application that runs with SCIRun. Current remote visualization tools allow images to be viewed remotely by multiple parties, but at the cost of efficiency and user interactivity. Specifically, such tools limit the ability of users to control individual viewing parameters in order to more effectively explore data.

In order to make the remote visualization prototype efficiently function with the Access Grid, we have integrated a reliable multicasting package with the remote vis application. This saves valuable network bandwidth, helping to alleviate the problem of network latency that disrupts the responsiveness of interactive viewing.

By integrating and testing all of these pieces, we demonstrate the ability of multiple users at different sites to steer a visualization application in a way that allows better communication and greater flexibility to explore the data. 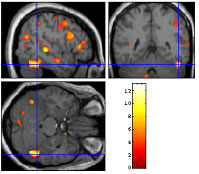 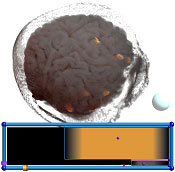 Janna joined the Institute as an ESP student under the mentorship of Greg Jones in 2001. Her focus thus far has been working with SPM and FMRI data and has participated in multiple projects that span the disciplinary boundaries of imaging, visualization, medicine, and psychology. "Just working with people - the hospital, CAMT, psychologists - I'm learning a ton. This is great."

Janna first worked with Bruce Gooch and Heather Hartman on a cross-disciplinary study of face recognition - namely, which areas of the brain are activated during this process. MRIs were conducted while the subjects went through a series of facial recognition tests which would hopefully focus the activation areas allowing the researchers to determine, with some measure of certainty, the location of this brain activity. Janna will also co-author her first research paper in conjunction with the results of this study later in the year.

Currently, Janna works with several researchers in attempts to utilize multimodal visualization software and diffusion tensor data in localizing and visualizing the source of autism. 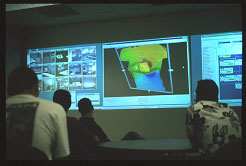 Kyle joins SCI as an incoming freshman with the ESP program, though had the opportunity to work part time with us throughout the summer. Interested in CG, Kyle toured the Institute with his sister and immediately inquired after any opportunities for employment. An internship was set up under the direction of Richard Coffey. Kyle is now involved with enhancing the Access Grid to allow for the transference of large datasets across the network. Working with CAMT and the San Juan Hospital, located in the remote Utah city of Monticello, Kyle is forwarding research in telemedicine and collaborative environments.

"This all makes the classes I'm taking seem more real. I go to school to learn about these things, then go to work and apply it. Also you're more aware of what's going on - lectures, conferences. I can stay in touch with what's happening in the research areas I'm interested in."

Kyle is majoring in Biomedicine and will co-author his first research paper in November.

Since the late 1980's, the National Center for Supercomputing Applications (NCSA) has been developing collaborative technologies to fulfill the needs of today's researchers. Starting with the Mosaic project, the NCSA now drives the development of the Grid Alliance. This Alliance harnesses the tools and expertise of almost 50 universities and institutions throughout the country. This collective infrastructure is now referred to as the Grid.

The Grid is a real-world attempt to connect resources and combine computing power over the Internet. This infrastructure includes ubiquitous computing, wireless networking, groupware, distributed supercomputing, unique authentication, and a host of other novel and cutting-edge technologies.

To accompany the Grid technology, the Access Grid was developed to connect the most important resource, people. The purpose of the technology is to provide a standardized platform of primarily open source software and "off-the-shelf" components. What this means is that a research group can go to their favorite hardware vendors and build the baseline Access Grid tools (commonly known as an "Access Grid Node").

The SCI Institute has added a few extra features to its node that allows for a fully OpenGL accelerated tiled desktop capable of running a resolution of 3000 by 800. Our upgraded AG facility is capable of driving a display in stereo and providing digital video outputs for future projector technology. A 5.1 Dolby Digital sound system rounds out the enhancements to the Institute AG node.

The SCI Institute not only collaborates with researchers around the world on the Access Grid, we also collaborate across campus. The Center for High Performance Computing and the Center for Advanced Medical Technologies both have active Access Grid Nodes.

Brittney joins the SCI Institute this year as an intern with our system administrators. Having worked for IBM the last four years in their Smart Card division, she is no stranger to high tech. Brittney's focus thus far has been with supercomputing and clusters, in particular the new PACI (Partners in Advanced Computational Infrastructures) cluster which will allow SCIRun to be operated in a parallel environment.

"It is a good opportunity as an undergraduate - you get to be in an environment with cutting edge machines. You would need five or six years experience to work with what I get to work with. There aren't many opportunities out there that would allow for this. It's a head start as an undergrad."

Brittney is pursuing a double major in math and computer science and plans to achieve her Master's degree in Computational Engineering and Science.